The latest book from Mark Schaefer is a must read for content marketers.

is based on a wealth of research and data. Mark gets under the skin of why some content ignites and is shared widely, whilst other content languishes and remains unloved. He also provides practical advice on how to develop a content strategy and ensure your content is shareable. 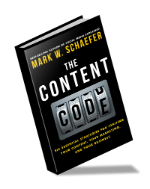 People share content for many reasons but it is according to Mark, a process that is “inexorably linked to self-image, caring for others and even compassion for an author or brand.” Mark continues “It’s an astonishingly intimate experience, a precious symbol of trust and communion.”

Yep, the acronym spells out Badass.

As Mark sets out very clearly “there is just too much content and too precious little time for people to consume it.” The volume of content is sharply increasing, which means you have to work harder just to maintain the attention your content is receiving. A recent study by Heinz Marketing estimates that 60-70 per cent of content on a B2B company website goes unseen.

One of the interesting developments in a world of content shock is that those with deeper pockets are placed at an advantage. Mark highlights how whilst the most popular YouTube videos a few years ago were home made, the current most viewed videos are dominated by big brands with slickly produced content. This shift of advantage to those with deep pockets is increasingly true in a world where you have to pay to play. For example, on networks like Facebook as organic reach falls, you have to pay to ensure your content is widely viewed. Wealthier companies can both benefit from content shock and increase it for smaller companies. 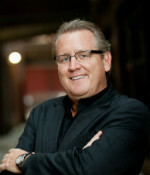 Whilst producing great content may earn you a place at the table Mark argues that “the real power only comes to those who can create content that connects, engages, and moves through the network through social sharing.”

Content that is transmitted by others is very powerful. According to EMarketer 70 per cent of consumers say they are more likely to make a purchase based on a friend’s social media updates. Mark makes the important point that the power doesn’t come through the content but through “content transmitted by trusted friends”. He gives a nice example of how even a relatively simple short advice post by Chris Brogan got over 400 social shares. The content did not drive the shares but rather the fact Chris had a trusted community audience and distribution. Thus Mark concludes “regardless of quality, content marketing success must include community, distribution and promotion.”

So many things resonated with me when I read the book but one of the key ones was the need to be relentless. I am often asked how my previous companies did better than competitor companies and became market leaders. My response is always the same, it was partly luck but fundamentally we stayed up later than the competition. We were relentless. This echoed strongly by Mark when he says you have to create content shock for your competitors. His advice is to find an unsaturated niche, consistently produce a volume of helpful content and never stop producing content so you crowd out your competitors. A great example of this in my view is Hubspot. If you view the most shared content on ‘inbound marketing’ you will see that Hubspot dominate, they literally crowd out the competition. They have been so effective that I now use a negative operator -hubspot.com when searching for ‘inbound marketing’ content on BuzzSumo.

One of the other ways you can win is to find overlooked niches in your market. Once you have idenitifed your niche Mark outlines how you should produce three types of content:

Content must be inherently shareable. This means it must be linked to self-image and caring for others. If someone shares your content, will it make them look cool or informed? Does the content strike an emotional chord or will it be helpful to their friends? research for the New York Times found there were five reasons why people share content:

Getting content shared is about far more than traffic. The New York Times survey found:

Mark argues that emotion, ego, insight and self-fulfillment are key to sharing. He highlights a number of studies and authors in this regard, for example:

Thus to create content that is shared you ideally need to give people a way to make themselves look good while promoting your ideas. Three of Mark’s ideas include:

Mark’s book includes so many practical tips to give your content ignition, far too many to mention here but below are some examples:

I have personally been interested in the impact generated by infleuncers when they share your content. You might initially believe that having your content shared by a big influencer will help you build your audience. This is not always the case. Mark gives some great examples, including one where a referral by Guy Kawasaki took down his blog but didn’t particularly increase his subscriber numbers, maybe they were less relevant. Influencers don’t always drive their followers to take actions.

Even more importantly sharers don’t always take action themselves beyond sharing, they may simply share because they respect the influencer and not even read say content they are linking to. We had a case at BuzzSumo where a tweet by Rand Fishkin that linked to us (which we really appreciated) was shared on social media a great many times. Interestingly it was shared by more people than the number that actually visited the link.

Mark gives another good example, where he shared a blog post asking people to support a charity he was involved with. Whilst he raised more than $6,000, a significant achievement, the numbers were interesting. 750 people shared the post but only 92 made a donation. Of the 92 people that donated, Mark had met 80 of them in person and they made a much higher average donation. In fact out of Mark’s 70,000 followers at the time only 12 that he personally did not know actually donated. A conversion rate of less than two hundredths of a percent. However, it was actually much lower as a number of social media heavyweights with over 100,000 followers had also shared the post which Mark estimated geenrated over 3m Twitter impressions. Those 3m impressions generated ONE new donor.

Thus whilst there is huge potential to ignite your content you need influencers that can move their audiences.

There is so much in Mark’s book, it is packed with insights, practical tips and advice. I am conscious I have not covered many of the issues he raises such as distribution, advertising, promotion, SEO, building an alpha audience, heroic brands, developing authority, social signals and social proof etc. All I can say is that if you are serious about content marketing you should buy a copy and set aside time to read it. My advice would be to buy the physical copy as I found myself excitingly scribbling notes in the margins as I read.

Reflecting on Mark’s book I wonder if this article will be shared? Hopefully it will be useful. It has taken me a couple of days to read, review and draft this summary of Mark’s ideas. Hopefully people will also recognize the value of Mark’s work and want to share to promote his book. It may also be shared by Mark’s core audience out of loyalty to Mark to help spread the word about his book. Finally, I hope I have built some shareability into my content by building a relationship of trust with my audience that has developed over a number of years of researching and sharing ideas about content marketing. Let’s see.

Inspired to step up your content marketing game? Check out our how to create engaging blog posts in 5 steps.