Thursday was the first game of the 2014 World Cup, which Brazil won with a controversial penalty decision. I decided to take a look at the most shared content on the first day of the tournament. The results highlight the very clear differences in the way social networks are used and the type of content that is shared.

Facebook generates far higher volumes of engagement for events such as the World Cup than other networks. It was the overwhelming network winner on day one of the tournament.

– a Billboard article on Jennifer Lopez performing at the opening ceremony

The numbers of shares are below. 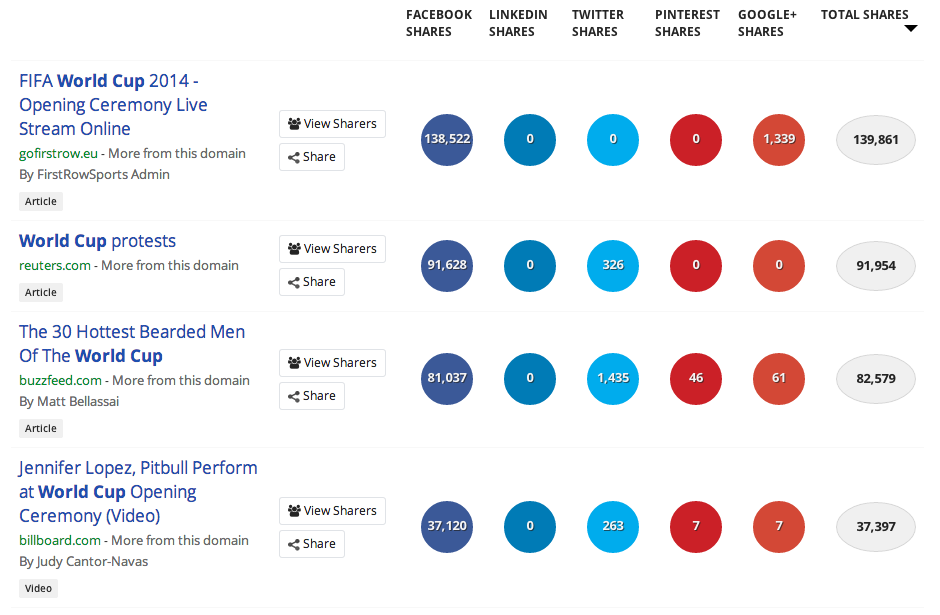 What strikes you immediately is that virtually all of the shares of these popular content items are on Facebook, and none of the most shared content was shared even once on LinkedIn. No surprises I think as LinkedIn is clearly a business and professional network.

I decided to take a look at the most shared articles on the other social networks.

The most shared LinkedIn articles were as follows. 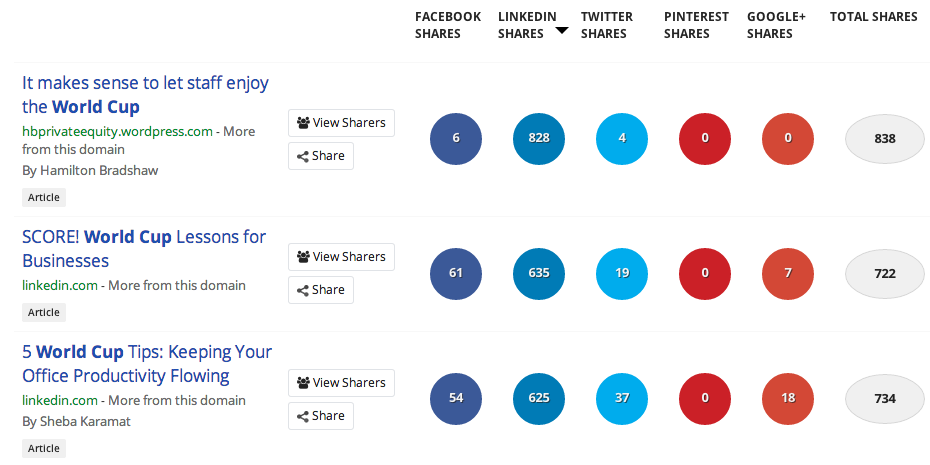 All three articles had relatively low shares and were focused on the business side of the World Cup. Two were on how to let your staff watch the matches and keep up productivity, whilst the third was on business lessons from the World Cup. This confirms the professional and business nature of LinkedIn as a social network.

We already know that Pinterest is about visuals and the top three most shared shared posts on Pinterest were collections of images. The top three were:

Two of the most shared posts on Google Plus were YouTube videos. The other was a visual post on WAGs (wives and girlfriends of players).

Two of the most shared Twitter posts on the first day of the World Cup were the same news related story. The volume of shares were again very low in comparison to Facebook. 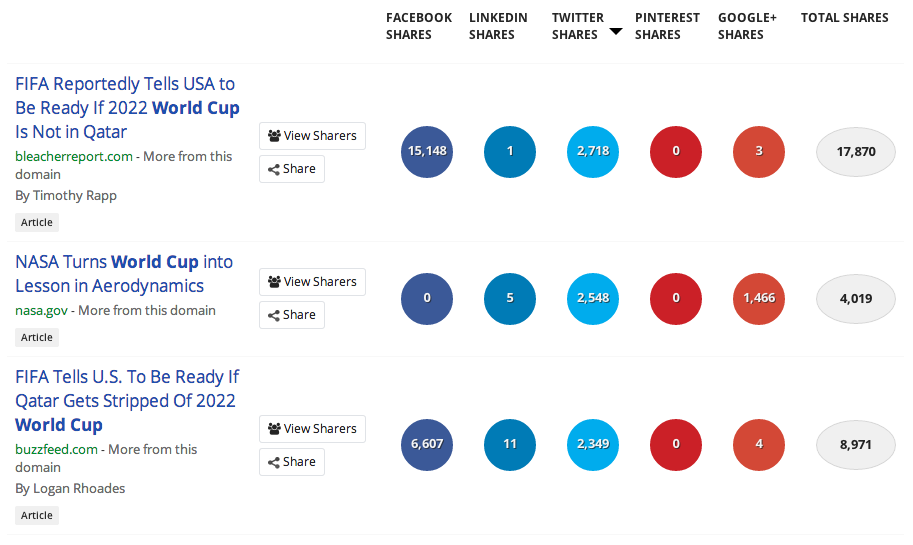 The sharing on the first day confirms the content focus of the different social networks: